Moogahlin Performing Arts is delighted to announce the six works selected for the Yellamundie Festival 2021.

The Yellamundie Festival is a biennial celebration of national and international First Peoples storytelling. A showcase for new and distinct voices in Australian performing arts.

Presented by Moogahlin Performing Arts, Sydney Festival, and Carriageworks, Yellamundie Festival takes its name from the Darug word for storyteller. Previously focused only on writing for stage, in 2021 the 5th Yellamundie Festival will showcase a range of live performance art forms, providing development opportunities for Playwrights, Composers, and Choreographers, with industry forums, networking opportunities for artists, and showings of new national work. Take the opportunity to be part of the discovery and championing of First Peoples stories.

*Due to interstate border restrictions, the works Seventh Season Dreaming by Sermsah Bin Saad & Capricorn by Aidan Rowlingson will be developed in the artists home states and shown in February & March.

The Lookout by Dalara Williams (Playwriting)
Jack is just trying to deal with crap life throws his way. He lost his job, his scholarship for uni, and now his girlfriend… well, ex-girlfriend. To get away from it all, Jack decides to head to his favorite spot. The Lookout, a place where he can get away from life’s problem, if only for a second. Until one night he meets a young woman there. Who is she? All Jack wants is to be alone, but the woman has other plans.

Waterholes by Shana O’Brien (Movement / Choreography)
Waterholes is a new dance piece that explores the emotion of connecting to those that came before us and the potential that water presents for healing and new life. O’Brien states “I have found that the most important information has come via secret messages from the ancestors. A floating feather, a feeling in the gut, whispers floating on the wind… they have led me to some water holes… They became a kind of sanctuary when the world felt so out of control and unpredictable this year. I knew I could return to this quiet place.”

As in previous years, the Yellamundie Festival will feature the popular public forum, Meet the Artists.

Hosted by festival artistic director, Lily Shearer, Meet the Artists introduces the 2021 Artists, Aidan Rowlingson, Dalara Williams, Shana O’Brien, Sermsah Bin Saad, Troy Russell, Brad Steadman, Brad Hardy, and Mark Ross, to the public and provides the opportunity for them to discuss and reflect on their work and unique process.

Hosted by Moogahlin Co-founder and Senior Artistic Associate, Dr Liza-Mare Syron this international panel of renowned First Nations theatre makers from Australia, Aotearoa (New Zealand) and Turtle Island (Canada) is a global discussion on the rise and role of theatre in the revitalisation of native languages across colonial contexts. Theatre makers will discuss dramaturgical practices when developing and presenting language play texts and translations. Topics explored include seeking consultation and consent from Elders and community, the process of pronunciation and comprehension of language terms, and what cultural values and principles are at play in the rehearsal room and how these were navigated in the development/rehearsal process.

*Yawarra is from the Wiradjuri language meaning take care, watcher.

The First Shot by Troy Russell
The First Shot is a story of anger and sorrow, told through conceptual composition with a folk twist, about a young couple in flight after a tragic event. It is a story that tells of the love and happiness that is found in each other’s arms and hearts, but it is also of the tragedies and injustices that have befallen the people whose lives have been lost in colonial Australia.

Gumbirrangarroo Dalanngarroo (Longest Time Right Now) by Brad Steadman, Brad Hardy, and Mark Ross
Gumbirrangarroo Dalanngarroo (Longest Time Right Now) is a multi-disciplinary work combining traditional language, music, and animation to tell stories of from the land and the river which provides life to all. Brad Steadman will write and narrate the stories, and Bradley Hardy composing the soundtrack to be co-produced with Mark Ross. The final outcome for this work will be a video presentation that can educate people young and old about our culture.

Carriageworks is a registered COVID-Safe business. To ensure the wellbeing of our visitors, we are following strict guidelines set by NSW State Government and Live Performance Australia. Help us keep everyone safe by reading our COVID-Safe Plan before your next visit.

In line with recent regulations, all visitors are required to wear a mask in the public space, Bay 21 Exhibition and in the theatre spaces. Thank you for keeping our community safe. 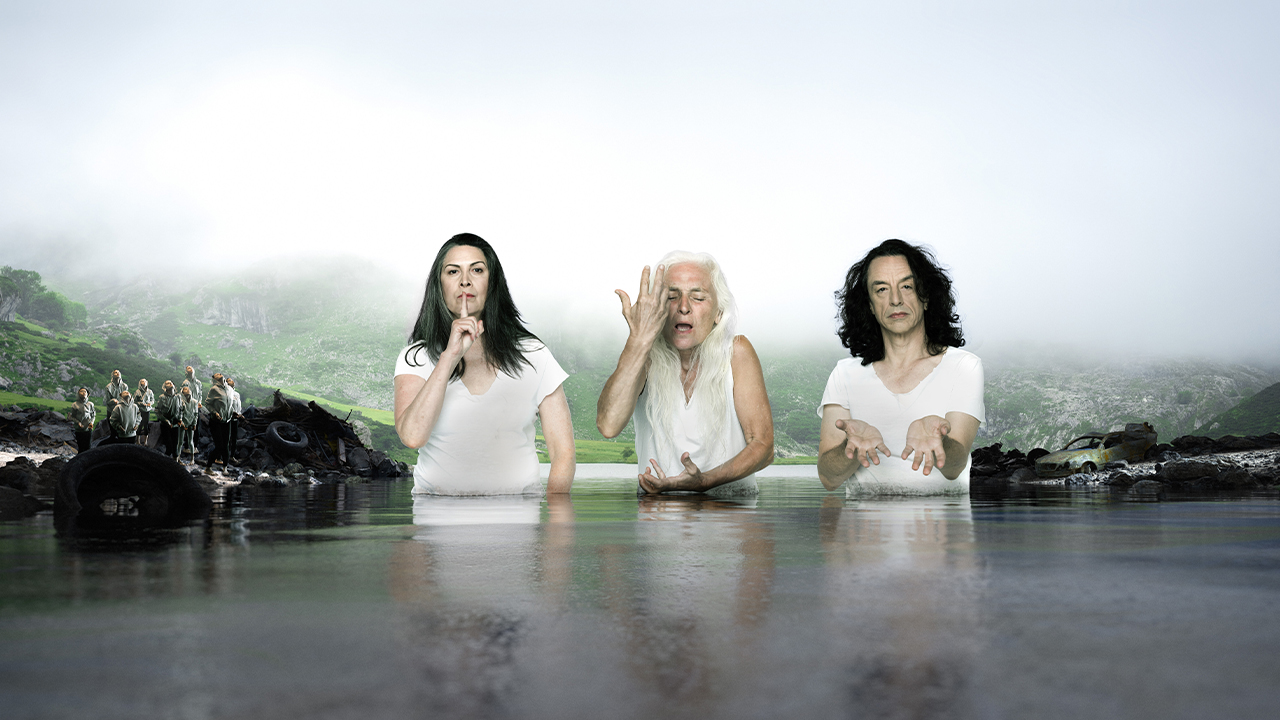 Dorr-e Dari: A Poetic Crash Course in the Language of Love Sydney Festival

Thank You For Holding Sydney Festival